As UAE deals with the medium and long-term effects of climate change, TechSci explores how UAE BACS market can have a major impact in helping the country reduce its carbon footprint

Siemens, Schneider Electric and Eaton Corporation have joined ABB in the race for L&T’s self-professed ‘non-core’ assets in a variety of countries including India, the UAE and Saudi Arabia. Perhaps lost in the significance of the news was a very important item on the agenda: the victor in this case would also acquire L&T’s Jebel Ali assets. Jebel Ali currently holds significant importance to experts observing the UAE building automation & control systems (BACS) market.

In the report “UAE Building Automation & Control Systems Market, Competition Forecast & Opportunities, 2011-2021”, TechSci has predicted that the UAE BACS market will grow at over 8% over the next 5 years given that BACS equipped buildings are easier to maintain, cheaper and more efficient in the long run. For a country looking to boost its non-oil revenues, boosting services sector which includes the UAE BACS market, is the key to moving out of the global oil slump. 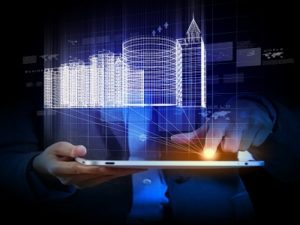 GreenTech and the UAE BACS Market

One of the primary reasons for the credence being given to UAE BACS market trends is the threat that UAE faces due to global warming. Reports suggest that a 2% temperature increase combined with a 10% rise in humidity by 2050 will critically impact the UAE economy.

Going with the model followed, there would be an 11% growth in energy consumption, as well as a $834 million hike in costs accrued by the building sector. Obviously, these form a quantum of the vast array of punitive actions that mother nature would take given climate change, but it makes a very moving case, for the way forward using UAE BACS market.

Keeping in mind the dangers UAE is set to face in the medium and long term, work has already started on reducing UAE’s own carbon footprint, something that can be more efficiently via utilization of UAE BACS market.

UAE population has grown stupendously over the past 2 decades, from around 3 million in 2000, to over 6 million in 2007, to 9.27 million in 2016. This phenomenal rise has made it essential for utilization of UAE BACS market services and solutions to deal with the population boom.

The problem is exacerbated by the fact that over 70% of UAE is desert, which is to say, uninhabitable. Therefore, promulgation of smart cities becomes a highly important UAE BACS market trend, given the booming population and increasingly inhospitable conditions in the country.

Dubai Smart City has become one of the jewels of GCC, being crowned as one of the best smart cities in the entire gulf. The city, which involves heavy deployment of UAE BACS market solutions, features 6 key pillars and 100 initiatives on transport, communications, infrastructure, electricity, economic services and urban planning.

The city is also planning to inculcate big changes technology-wise, with 1000 government services go smart by 2017. The appetite for technology and the means and the will required for implementation, make the country a very attractive choice for prospective companies, something that can be observed in UAE BACS market size growth.