India is the fourth largest importer of liquefied natural gas in the world. The country heavily relies on imports to fulfill its demand for gas supplies and nearly half of the stocks are sourced from overseas territories.

The key drivers for the natural gas market in India include the following:

The government of India has taken a number of steps to boost the natural gas market in India. Of late, the government announced that it will set up a natural gas trading hub in the country. This will enable transparent trading of gas and companies can strike out better balance, both from domestic and imports perspectives.

Once this natural gas trading hub is established, India will become a vibrant natural gas market just like Tokyo, Shanghai and Singapore. This initiative will also enhance country’s reputation in the global market, on account of its pursuance with best practices that are transparent and business friendly.

Currently, the prices of gas products in India, including fuels such as petrol and diesel, are set by the government. The same applies on natural gas as well.

Advent of a trading hub will ensure that the prices are rather set by the market forces themselves. This will take all the dynamic factors that influence the demand and supply of natural gas into account.

If media reports are to be believed, the natural gas exchange will be set up in India by early next year. The trading hub will allow only physical trading and would not go for online trading, as per government reports. This will also help in ruling out the chances of unnecessary speculation. 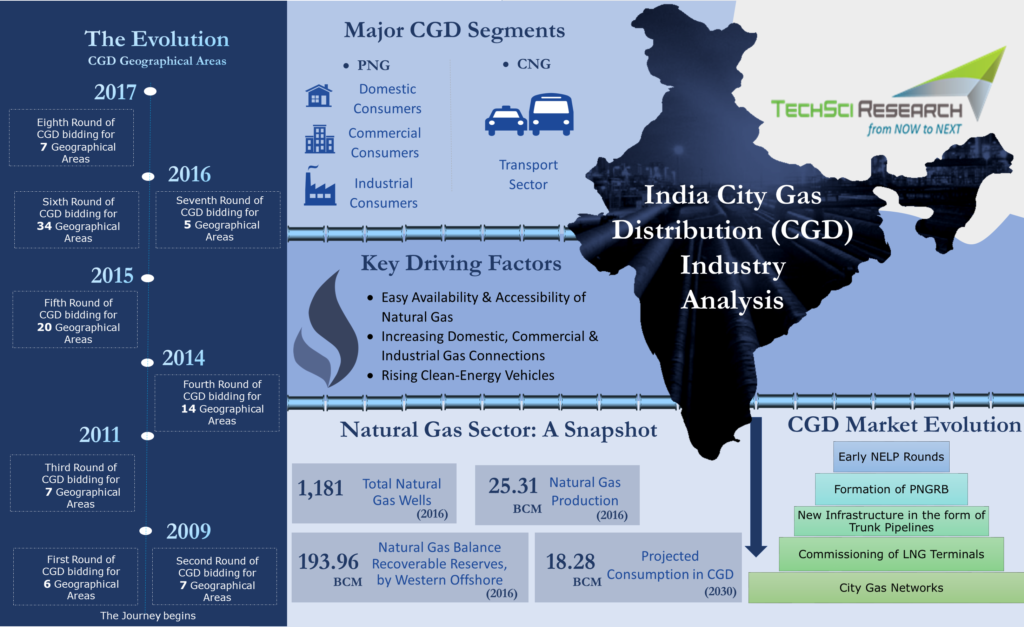 To request for a sample report of the above mentioned report, please visit:  https://www.techsciresearch.com/sample-report.aspx?cid=1200

In the recent past, India has observed a gradual rise in the domestic production of natural gas, thereby reducing its reliance on imports. In June 2017, the country registered a growth of 6 per cent in natural gas production.