Drone or unmanned aerial system a flying robot, can be operated without direct human interventions.

According to the Federal Aviation Administration (FAA), Drone or UAV, is an unmanned aircraft that has all supporting equipment, data links, communications and navigation equipment, control station, telemetry, etc., required to operate the unmanned aircraft. Unmanned aircraft, commonly known as “Drone” is the hardware flown by an operator/pilot using a control system. The hardware can also be flown autonomously using the on-board computer. To operate a drone, the operator needs to acquire an “Experimental Airworthiness Certificate”. 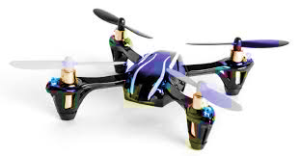 Drones are designed with cluster of sensors that are intelligent, mobile and connected. Any basic consumer drone has at least image sensors, range sensors, GPS sensors. Basically, there are two major categories fixed wings and rotatory wings.

Agriculture production has radically expanded in later a long time, and studies foresee that total agriculture consumption will increment by 69% from 2010 to 2050. Agriculture is the biggest automaton vertical today. In Japan, the 200-pound Yamaha RMAX, have been utilized as a part of Japan for crop cleaning for more than 20 years. Drones represent over 85% of the Japan’s aeronautical yield spraying.

Drones let farming to become a highly data-driven industry, which ultimately will lead to an increase in productivity and yields which drive the global drones market. 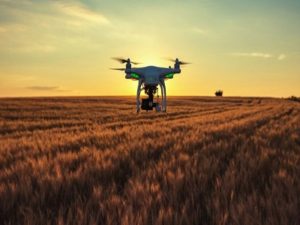 Media & Entertainment: Drones are being used in aerial photography and filming. Companies like BBC, has its own in-house drone team to cover the news, the film makers today are using drones to produce the films to capture the beautiful sites, live telecast such as cricket match and tv shows also uses drones for better coverage. Media industry is playing a major role in the sales of the drones globally. Growing media & entertainment sector globally will drive the drones market.

To know more about the forecasts and opportunities in Global Drones Market download the sample at : https://www.techsciresearch.com/sample-report.aspx?cid=1345

In the US, a media company may collaborate with a service provider, which already been exempted under section 333, or a media company can apply for their own exemption. Post exemption, the media company is required to acquire a Certificate of Waiver or Authorization to fly in the allowed airspace. One of the examples of such an exemption is temporary license granted to CNN (a division of Time Warner Inc.) by the FAA (Federal Aviation Administration) to use drone for collecting news. FAA is also considering the applications for exemption raised by Hollywood film companies, for using drones while shooting movies. Other countries are also expected to formulate regulations for commercial utilization of drones in media and journalism sector, thereby boosting the global market for commercial drones.

According to India Brand Equity Foundation (IBEF), the Indian media & entertainment industry is expected to grow at a CAGR of 13% over the next five years. India is one of the highest spending and fastest growing advertising market globally.

According to International Trade Administration, the top seven media & entertainment export and licensing markets are United Kingdom, China, Canada, India, Brazil, Mexico and Germany. This shows that the scope of drone’s market in these countries are higher as compare to others. The share in these countries will grow at a higher rate.

Military: Advanced technological advancements have increased the military value of drones. According to Academia Fortelor Aeriene (Afahc.ro), The most important missions of the UAV for a civil area is data acquisition and monitoring (e.g. pipe line and power line survey, border patrol, crisis management). Drones used for military are ISTAR stands for information, surveillance, target acquisition, and reconnaissance, An unmanned combat aerial vehicle and Multipurpose drones a combination of ISTAR and Combat drones.

Logistics: Google and Facebook are testing their own versions of drones. Mailing operators such as Singapore Post, Australia Post and Swiss Post and online retailers like Amazon and Rakuten have all reported testing drones. According to UPS’ press release, the Rwandan government will begin using Zipline drones, which can make up to 150 deliveries per day of life-saving blood to 21 transfusing services located in the western half of the country.

Wal-Mart Stores Inc., applied for permission to analyse drones by testing them for home delivery. Moreover, the company also desires to use drones for checking inventories and package pickup.

Regulatory authorities such as FAA and European Aviation Safety Agency are expected to formulate regulations to utilize drones in package delivery. Increasing awareness and adaptability of drones by such e-commerce and retail giants is expected to drive the global market for commercial drones in the coming years.

Nano drones are portable, miniature drones and such drones can be effectively used for security. As of 2016, Nano drones are estimated to garner only a small share in the global drone market due to its limited commercial applications. Backed by its small size and better utilization in rescue operations, Nano drones largely cater to military and defence sector.

Google: Google has been planning to develop hi-tech drones. The company intends to integrate a drone on High Altitude Long Endurance (HALE) platform and utilize solar energy to fly. Google plans to use these drones for “near-earth-satellite” operations. In April 2014, the company acquired “Titan Aerospace”, a startup firm engaged in manufacturing solar-powered drones. Titan Aerospace was developing drone’s technology to route Internet.

In 2015-2016, various companies were working on hybrid drone prototypes. Top Flight Technologies invented a quadcopter drone, backed by hybrid technology. Similar prototypes are being tested for mass production in various regions across the world. Hybrid drones operate on multiple sources of energy and can stay in flight for larger duration of time compared to a conventional fixed wing or rotary blade drones. These are mostly equipped with solar panels mounted on its wings that provides for fuel during flight.

Conclusion: Growth in the global drone market is being underpinned by evolving policy and regulatory framework that varies across various countries. As of 2016, most countries have underdeveloped regulations which restrict optimal commercial utilization of drones. However, the world is witnessing rapid increase in formulation of regulatory policies and this anticipated to drive growth in global drone market over the next five years.