Of late, the Australian government released a proposed model for fuel efficiency standards for public consultation. The model is inclined to enhance standards that promote green fuels and slash carbon emissions to a substantial extent.

The Australia commercial vehicle market that is pegged at USD16.29 billion in 2016 is expected to undergo a sea change once the model reaches the final stage and gets implemented. As per TechSci Research report “Australia Commercial Vehicle Market Forecast & Opportunities, 2022”, this market will reach the size of USD21.66 billion by 2022, in value terms. This implies a compounded annual growth rate (CAGR) of 5.12 per cent – which is pretty impressive given the sheer size of this industry. 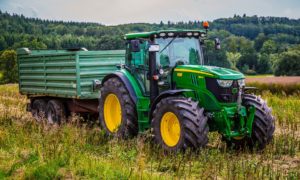 As per the Australian Federal Chamber of Automotive Industries’ VFACTS report, the light commercial vehicles sales rose by 12.2 per cent in June this year.

Through the Ministerial Forum on Vehicle Emissions, the federal government has been interacting with the Australia commercial vehicle market players, industry associations consumer bodies as well as environmental groups. The government has expressed its commitment to improvise vehicle emission norms in the country to align with the global climate change.

The release of the new model paper not only discusses the stringent norms that will help control CO2 emissions but also the kind of savings consumers can expect from the whole transformation. Of late, there have been protest about certain provisions of the proposed paper that may spike vehicle running cost. A certain section of Australia’s commercial vehicle market believes that it is a sort of ‘carbon tax’ that the federal government intends to impose on them. However, the government has clarified its outlook on this matter, mentioning that there is no ‘carbon tax’ in the offing and the only intention is to reduce carbon emission levels from vehicles, in both commercial and private categories.

The Australia commercial vehicle market is forecast to grow at a strong pace for the next five years. The introduction of the new emission standards would play a central role in fueling this growth.

While there is a some opposition to the new norms, the government has made it clear that any failure or delay in introducing the new standards mean that the vehicle market in Australia becomes inefficient than many other advanced countries that are its counterparts.

In 2016, the average efficiency of light vehicles in Australia was recorded at 182 g/km as compared to 120 g/km in the European Union (EU) region. Though the levels of carbon efficiency in the United States (US) is same as Australia, US is all set to bring these levels down to 120 g/km by 2025 with introduction of new emission standards.

The new model paper floated by the Australian government shall also ensure that Australia commercial vehicle market gets access to latest technologies that deliver net savings in the long run. As per the estimates, the new norms shall deliver savings of USD519 per year in fuel costs. Once implement, this could translate into savings of up to 10 per cent in total energy spending at an Australian household.

In overall, Australia shall garner net economic benefits to the tune of USD13.9 billion by 2040.